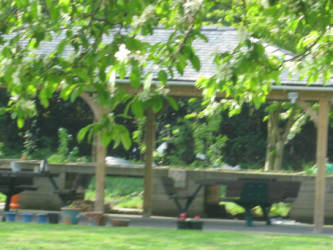 Pupil voice as part of the School Council is very important to Sandfield Park School.
The School Council Team makes a positive difference to the school, meeting each week during lunchtime.
Representing the pupil voice they work together as a team to discuss ideas and issues, things they want to change in school, things that they would like to improve or tell the school about the things they like about school.
Some of the things the school council discuss and have helped to change in school include: Pupils are always extremely thoughtful in their feedback and comments, giving positive feedback about things they like in school as well as suggestions for change and improvements. School Council and are equally enthusiastic in sharing of ideas to create new opportunities and experiences for others.
The School Council team are also involved in fund raising to help other young people and disadvantaged groups. The School Council are also members of the first school Rotary Interact Clubs in Liverpool.
The Rotary Interact Club have raised money through fundraising from their ideas for  other young people and a school in Cambodia ‘Epic Arts’ . Members of Epic Arts visited the school and pupils were really impressed with their talents but were sad to hear about the lack of resources to help the pupils. Through their fund raising efforts working together with the Rotary Club pupils were able to raise money to enable a disabled young person to get to school.
The Rotary Interact Club has also raised money to support the Wirral Narrow Boat Trust. The Trust provide days out for disadvantage and disabled people. Pupils wanted to show their support to the Trust and a way of saying thank you to the volunteers for all the wonderful days out that have been provided by the Wirral Narrow Boat Trust for pupils each year.

The Rotary Interact team are currently planning their next fund raising challenge. The fund raising will be to support the teenage cancer ward at Alder Hey Hospital.
A number of pupils are invited to represent the school at Liverpool Schools Parliament. Pupils attend regular meetings at the Liverpool Town Hall joining with pupils from schools from across Liverpool
Some of the achievements of the Schools Parliament include:

The Liverpool Schools Parliament also offers pupils lots of additional opportunities that the school support pupils to get involved in.
Over the years we have been very proud of pupils who have been elected to represent Liverpool City as Liverpool Young Lord Mayor. As Young Lord Mayor pupils have attended many different events and functions.
Some members of the School Council have also been involved in the after school group – The Champions, this group has included pupils from Aigburth High School, Redbridge and Bankview High School. The young people have worked together and have used different campaigns to break down barriers to promote better access for disabled young people. The group created a film ‘Top Ten Tips’ (this can be found on the school web site) and won the Liverpool poetry competition in 2016.
Some members of the School Council have been involved in working with Liverpool city Council to develop an App to help disabled young people to access information about services in Liverpool and to make information more accessible for young people.
We are very proud of the School Council they are excellent role models and were finalists in the Echo Schools Awards in the Redrow Active Community Award.